Auction house Sotheby’s has shared a promotional video of the Williamson Pink Star, one of the world’s purest and most saturated pink diamonds, to be auctioned in October 2022.

LONDON – A rare and dazzling pink diamond is expected to sell for around $21 million when it goes up for auction in October, officials said.

The 11.15-carat cushion-shaped stone, called “Williamson Pink Star”, has been described by auction house Sotheby’s as “one of the purest and most saturated pink diamonds in the world”.

The diamond was named after two other notable pink diamonds, including the record-breaking CTF Pink Star, a 59.60-carat mixed-cut oval diamond, which sold in 2017 for $71.2 million.

The Williamson Pink Star was also named after the famous “Williamson” stone, a 23.60 carat cut diamond given as a wedding gift to Queen Elizabeth II in 1947. It was given to the Queen by the geologist and Canadian royalist Dr. John Thorburn Williamson, owner of the Williamson mine in Mwadui, Tanzania, where it was discovered.

The Williamson Pink Star also comes from this mine in Tanzania, Sotheby’s said.

A model holds the pink star Williamson in a provided image. (Credit: Sotheby’s)

“The discovery of a gem-quality pink diamond of any size is an extremely rare event – ​​something which, with the recent closure of the Argyle mine, seemed until recently – highly unlikely,” said Wenhao Yu. , president of jewelry and watches at Sotheby’s Asia. , said in a statement.

“Due to limited supply and growing demand, prices for large premium pink diamonds over 5 carats have increased exponentially over the past decade, coincidentally setting the stage for the appearance of this one-of-a-kind stone,” Yu added. 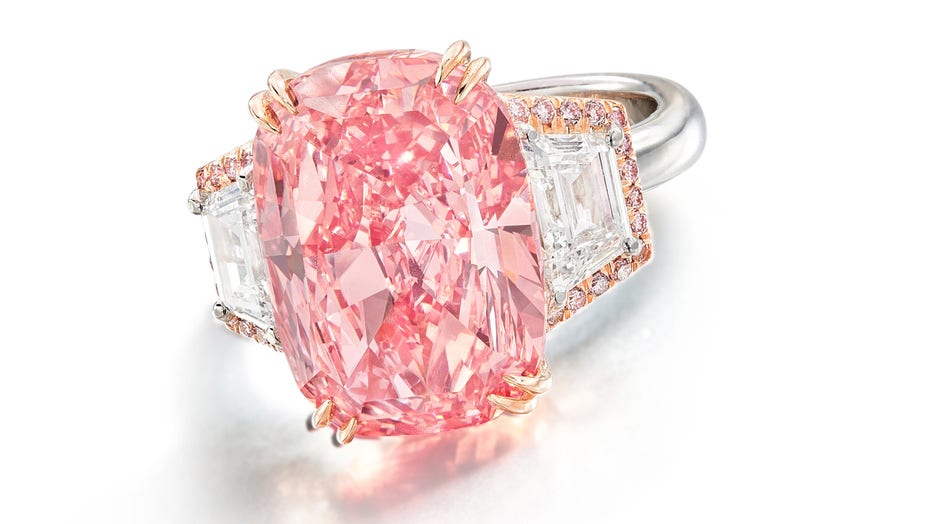 The pink star Williamson is depicted in a provided image. (Credit: Sotheby’s)

What exactly makes the Williamson Pink Star diamond so rare?

Pink is one of the rarest colors to occur naturally in diamonds, according to the auction house.

“With its unique color, sizable size and dazzling brilliant cut, the Williamson Pink Star is both a work of nature and a work of art, establishing its place among the most mesmerizing colored diamonds,” said the Gemological Institute of America (GIA) said in a statement. The GIA is a non-profit organization cited by the auction house as one of the main sources of diamond knowledge and standards. 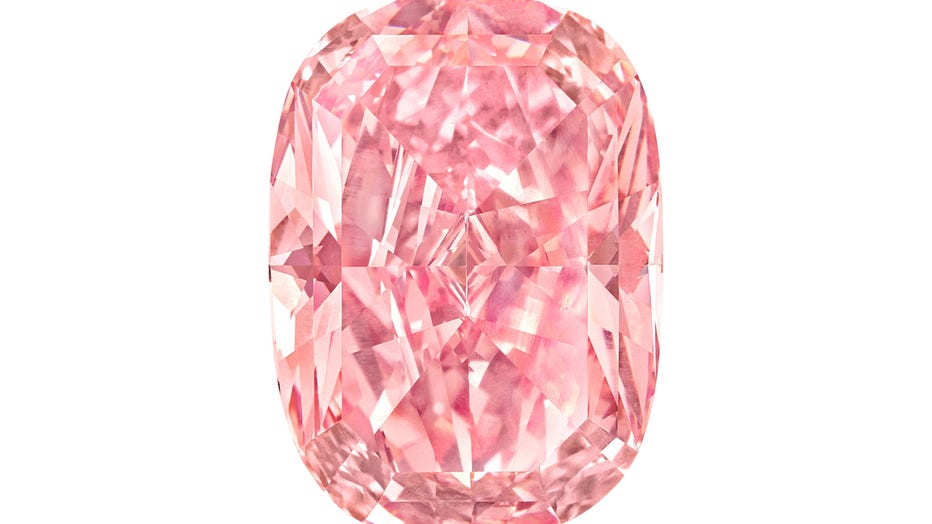 The pink star Williamson is depicted in a provided image. (Credit: Sotheby’s)

Of all the diamonds submitted to the institute, less than 3% are classified as colored diamonds. And of those, less than 5% are considered predominantly pink, according to Sotheby’s. Narrowing down further, only the tiniest proportion of pink diamonds has a strong enough color to be classified as “Fancy Vivid Pink”, which is what the Williamson Pink Star is classified.

“A Fancy Vivid Pink diamond, weighing more than 10 carats is therefore extremely rare. Not only was the diamond given the highest grades of color and clarity, but it was also found to be part of the a rare subgroup comprising less than 2% of all gem diamonds – known as Type IIa. Stones in this group are chemically the purest of all,” Sotheby’s said.

The Williamson Pink Star was unveiled at Sotheby’s London on Wednesday and will embark on a world tour, traveling to Dubai, Singapore and Taipei before arriving in Hong Kong, where it will be sold at a single lot auction on 5 october.

This story was reported from Cincinnati.

“Diamonds have priority in Indian festivals”