Lab-grown diamonds have yet to dazzle the Indian buyer

Lab-grown diamonds are cheaper and more environmentally friendly than natural diamonds, but despite major players expanding the segment, why haven’t they caught the attention of Indian buyers?

Lab-grown diamonds are cheaper and more environmentally friendly than natural diamonds, but despite major players expanding the segment, why haven’t they caught the attention of Indian buyers?

Would you buy a synthetic diamond whose price is only a fraction of the value of a natural diamond? It is visually similar, chemically similar, and produced more sustainably than a mined diamond. But it’s not that rare.

Over the years, the ecological and economic appeal of synthetic diamonds (LGD) has attracted dazzling investments from major jewelry brands around the world. LVMH (Moet Hennessy Louis Vuitton), the parent company of luxury brands Bulgari, Tiffany & Co and Hublot, recently joined other investors in injecting $90 million into an Israeli producer of LGD – Lusix, which uses only the solar energy in its diamond laboratories. Interestingly, De Beers Group, the world leader in mined diamonds, was one of the first major brands to launch a full line of LGD jewelry called Lightbox in 2018 with an investment of $100 million. Additionally, De Beers has set up its own diamond synthesis lab in Portland, which can generate 2,00,000 stones per year. A carat of LGD at Lightbox is priced at US$800, almost 60-80% less than a natural diamond of the same weight!


LGDs are cheaper and more environmentally friendly than natural diamonds. A report by the Diamond Producers Association and S&P Global indicates that the greenhouse gas footprint per carat of polished natural diamond is 160 kg. An LGD, grown and polished, has a carbon footprint of just 8.17 kg CO2e per carat, according to Pandora, a major global jewelry brand that recently announced that it no longer uses mined diamonds.

Synthetic diamonds like cubic zirconia, moissanite or crystals have been around for decades. “What sets LGDs apart from other types of synthetic diamonds is that they are developed by simulating the growth conditions of a natural diamond. Carbon, varying levels of pressure and temperatures are applied to a diamond seed or diamond substrate to transform it into a desired type of diamond that is chemically, physically and optically similar to a natural diamond,” explains Shashikant Dalichand Shah. , President, Lab-Council for the Promotion of Cultivated Diamonds and Jewelery (LGDJPC). Mined diamonds form naturally below the earth’s surface, over several years, while LGDs can be created in the laboratory over a period of just a few weeks through two processes: high pressure-high temperature (HPHT) or chemical deposition in vapor phase (CVD). Shashikant explains, “LGDs and natural diamonds consist of pure carbon in the same crystalline form. An expert can distinguish between the two using a high-tech machine, but not with the naked eye.


Earlier this year, the Titan Company (Tanishq & Caratlane.com) made a US$20 million equity investment in Clean Origin, an American retailer of LGD and LGD jewelry, through its wholly owned subsidiary exclusive TCL North America, Inc. ‘Are the real diamonds grown? The answer is 100% yes!’ says the Clean Origin website.

LGDs are currently seen as a separate territory in the jewelry market and not a direct competitor to mined natural diamonds. “They are a great starting point for consumers who aspire to own diamond jewelry,” says Smit Patel, Organizer, Lab-Grown Diamond Panel, Gem & Jewelery Export Promotion Council (GJEPC). “According to estimates, the natural diamond pipeline is valued at approximately $80 billion in diamond jewelry at the retail level,” he adds. But, LGD’s market share appears to be growing steadily and is expected to account for 10% (estimated at 19.2 million carats) of the entire global diamond market by 2030, according to GJEPC statistics. 
“We believe diamonds are not just forever, but for everyone,” says Mads Twomey-Madsen, vice president, global communications and sustainability at Pandora, which sells jewelry in more than 100 countries through 6,800 outlets. of sale. “As an example, we see that many of our customers would like to purchase a diamond ring for themselves to mark a milestone in their lives, which will take diamonds beyond the typical engagement and wedding occasions” , he adds.

“Lab-grown synthetic diamonds are flawless! Natural diamonds, on the other hand, will have some impurities – although invisible to the naked eye – it is this natural distinction that helps to identify them. This is also why natural diamonds are perceived to have higher intrinsic value and continue to be in greater demand,” says Ramesh Kalyanaraman, Executive Director of Kalyan Jewelers, adding that the two categories can “coexist separately,” Kalyan focuses on “all-natural, certified diamonds.” 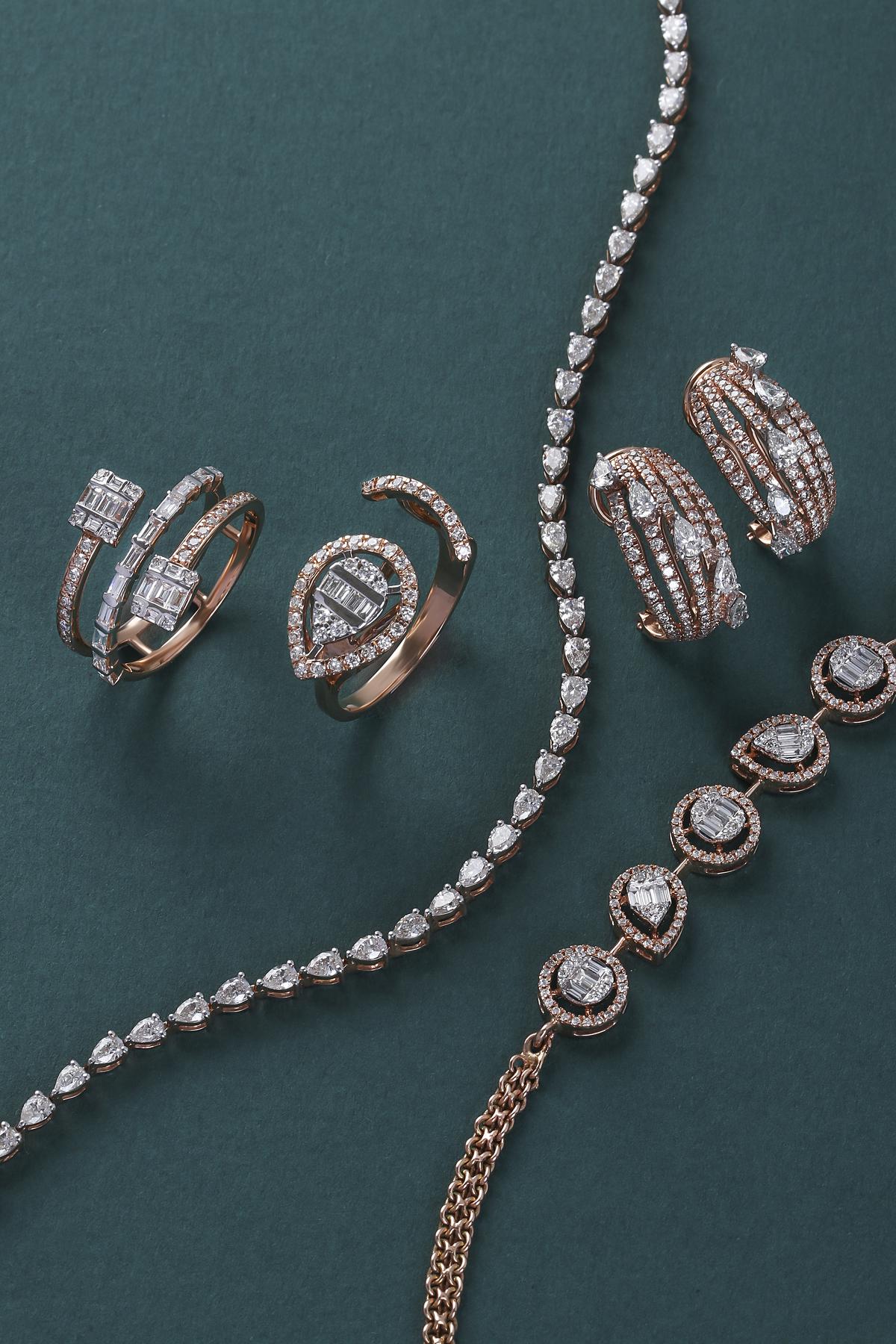 So far, “very few Indian jewelers are selling lab-grown diamonds,” Smit says, adding that the majority of cut and polished LGDs are exported to the United States. India, however, is ramping up LGD production and exports.

“India produces 30,000 gross LGD per year,” says Shashikant Dalichand Shah of LGDJPC. India exported $1.3 billion worth of CVD lab-grown diamonds in 2021-2022. “In terms of acceptance of LGDs, there is no problem but there is not enough awareness,” says Parag Agarwal, CEO of Fiona Diamonds, which sells LGDs directly to customers, online in India. . He adds: “We mainly target professionals, women who buy themselves and who do not perceive jewelry as an investment.”