Health: Anti-fog sprays used to prevent lenses from fogging up could expose people to carcinogens

Defogger sprays used to prevent glasses from fogging up when wearing a face mask could expose people to cancer-causing chemicals, study warns

By Ian Randall for Mailonline

Anti-fog sprays and cloths that have become popular to help keep eyewear from fogging up while wearing a face mask can expose users to carcinogens.

That’s the warning from experts led by Duke University, who found that these treatments may contain carcinogenic perfluorinated and polyfluorinated alkylated substances (PFAS).

The team subjected four anti-fog sprays and five anti-fog cloths — all of which received top ratings on Amazon — to high-resolution mass spectrometry.

These are two types of PFAS that have, until now, largely slipped under the radar, meaning scientists aren’t sure what health effects they may have.

However, research has suggested that once inhaled or absorbed through the skin, FTOHs may well break down in the body into other long-lived, toxic forms of PFAS.

Although little is known about FTOHs and FTEOs used in anti-fog products, other types of PFAS are known to pose health risks.

Some of these chemicals — including perfluorooctanoic acid (PFOA) and perfluorooctane sulfonic acid (PFOS) — have been linked to cancer, impaired immune function, and thyroid disease, among other health conditions.

Experts believe that breastfeeding mothers and young children may be particularly exposed to PFAS, which can affect both development, reproduction and health.

The study was carried out by environmental scientist Nicholas Herkert of Duke University in North Carolina and his colleagues.

“Our tests show that the sprays contain up to 20.7 milligrams of PFAS per milliliter of solution, which is quite a high concentration,” Dr. Herkert said.

“If we were to assume that FTOHs and FTEOs have similar toxicity to PFOA and PFOS, then spraying these bottles would expose you to PFAS at levels several orders of magnitude higher than you would receive from drinking a liter of water that contains PFAS at the current EPA health advisory limit for safe drinking, which is 70 nanograms per liter.

The idea for the study came after environmental chemist Heather Stapleton – also from Duke University – looked at the ingredient list on a bottle of anti-fog spray the researcher had bought for her 9-year-old daughter.

“Ironically, it was advertised as safe and non-toxic. It said to spray it on your glasses and use your fingers to rub it in,’ Prof Stapleton said, noting that the other eight products the team tested didn’t even mention their ingredients.

“It’s troubling to think that the products people use daily to protect themselves during the pandemic may put them at a different risk.”

Dr. Herkert also noted that the FTEOs used in the four popular spray mixes they analyzed showed significant toxicity in their lab tests that damaged cells and converted them to fat.

“FTOHs and FTEOs could be metabolic disruptors, but the only way to find out is through in vivo testing on whole organisms,” he explained.

Further studies will be needed to flesh out these initial results, the team said, with the next logical step being to analyze a wider selection of anti-fog products and assess the impact of the chemicals used on living organisms. . 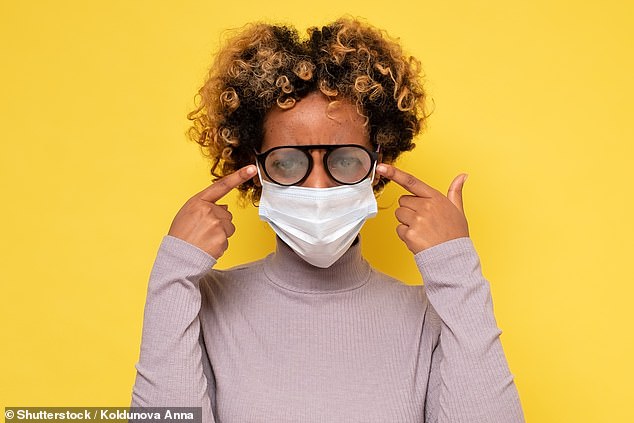 “It’s troubling to think that the products people use daily to protect themselves during the pandemic may put them at a different risk,” said paper author and environmental chemist Heather Stapleton of Duke University.

“Because of COVID, more people than ever — including many medical professionals and other first responders — are using these sprays and wipes to keep their glasses from fogging up while wearing masks or face shields,” added Professor Stapleton.

“They deserve to know what’s in the products they use,” she concluded.

The full results of the study have been published in the journal Environmental Science and Technology Letters.

ARE PEOPLE WHO WEAR GLASSES SMARTER?

Spectacle wearers are actually smarter than those with perfect vision.

According to the largest genetic study ever conducted on cognitive functions, there are significant links between intelligence and glasses.

Researchers at the University of Edinburgh have found that the smartest among us are 30% more likely to need glasses. 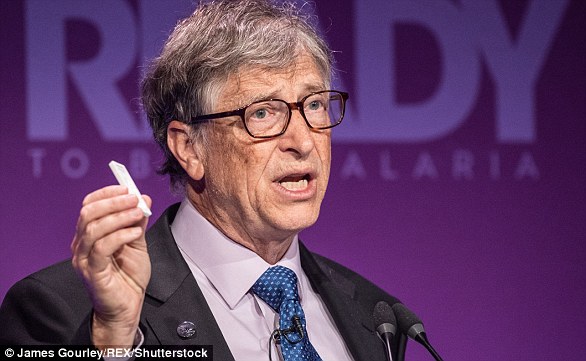 The largest genetic study of cognitive function ever conducted has found a link between intelligence and poor eyesight. The smartest among us are 30% more likely to need glasses, according to University of Edinburgh study

Genetic data from 44,480 people were examined in the study, which was published in the journal Nature Communications.

Those who participated took part in a variety of thinking tests, and the results were counted into an overall cognitive ability score.

Unfortunately, the design of the study means the researchers were unable to say why there is such a direct correlation between a person’s intelligence, poor eyesight and cardiovascular health.